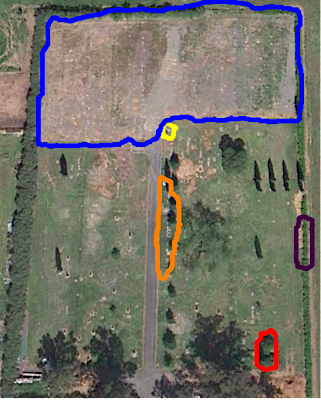 The view from above says a lot- you can see the stark contrast between the lawn portion of the cemetery and the gravel portion by air, though if that were not clear enough I outlined it in blue.


The yellow mark is where the Sacramento County Board of Supervisors put the Bellview Cemetery monument citing that over 800 people were buried here between 1961-1973. As it is at the section of the cemetery that turns to gravel, I am not sure if it meant to demarcate only the gravel section or if it was placed in the center of the graveyard to indicate both sides. 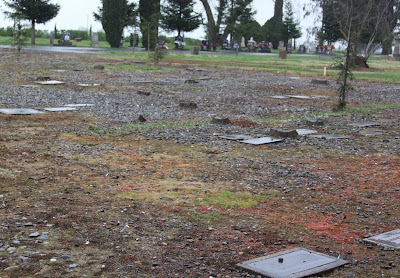 The orange outline is the line of modern Slavic graves, all of which are covered in fake, colorful flowers in abject contrast to the poorly cared for graves that preceded them. These "new" graves abut antique stones buried in the ground so it is not a leap of faith to assume that there is over-burying here. 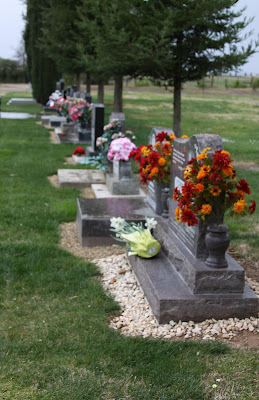 The purple outline is the approximate placement of the "lost" stones. There are grave markers and a foundation of a marker sitting over here against the fence because they were somehow separated from the plots. 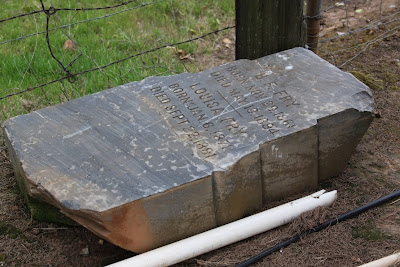 The red outline is the juniper bushes where there are a cluster of children and infant graves, most of which were from the 60s and 70s, despite the majority of markers surrounding the bushes being from the 1800s or early 1900s. This is also where I found an old marker for a five year old child face down in the dirt which I propped upright against the base of the juniper. I also discovered Miracle-Gro boxes discarded and stuffed in the branches of the bushes! I pulled them out and threw them in plain view of the cemetery staff to tend to. I thought that littering by the very people who are supposed to care for the cemetery grounds was inexcusable. 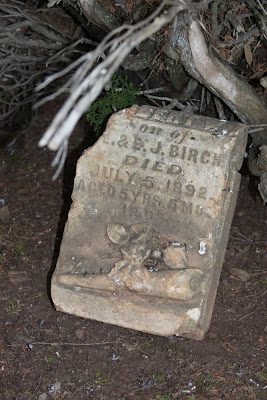 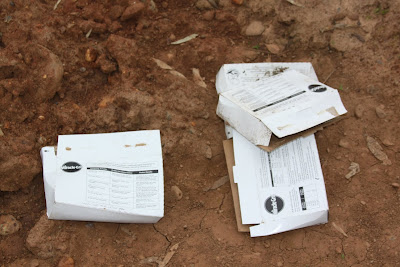 Posted by Graveyard Rabbit at 9:58 PM